A Female to Male Transsexual Reflects on Gender and Biology 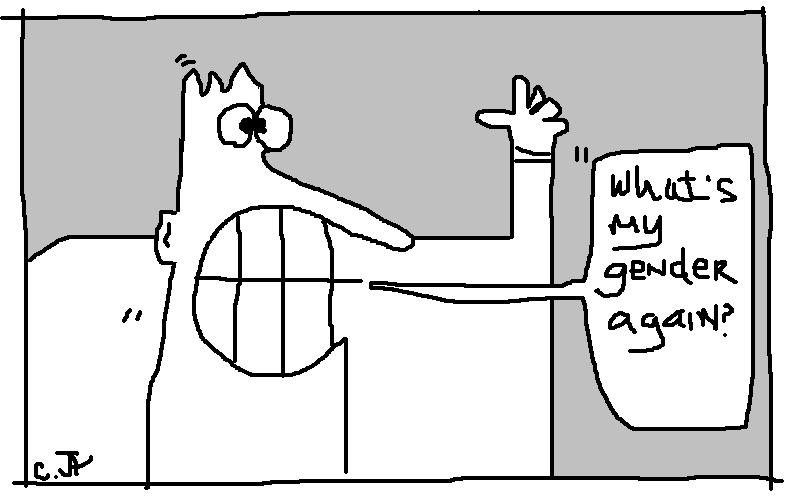 When the Trump Administration revealed their latest gambit to deny transgender and transsexual people our civil rights, I revisited the biological science of transsexuality. Trump wants to require anyone who claims they are trans* to take a DNA test to determine their sex chromosomes. If a person like me wants to use the men’s room but my DNA test states I am female, or XX, well then, tough shit.

So says the Trump administration.

I’ve never had a DNA test with regard to my sex chromosomes. My mother gifted me a 23 and me test. That’s it. For all I know I am XX. In my marrow I feel male and have felt that way my entire life.

For a long time I fought against my biology, arguing that science is socially-constructed, as if somehow doing so allowed me to disregard facts I don’t like. I even went so far as to state I disbelieved biology, that I am truly a man.

The truth is more complicated. Reconciling a life-long belief I am a man won’t dissipate by administering a sex chromosome test. I’m not deluded. I’m a transsexual. That means, among other things, I lack a traditionally male body.

My doctor enjoined me to take more calcium at an annual checkup. Because I have had a full hysterectomy and oophorectomy, I should, according to her, take the same dosage “as a post-menopausal middle-aged woman.”

Those were fighting words a few years back. Now, though, I believe there is some merit in her statement. I have never had a traditionally male body. Ever.

My body is male now, as male as it can be with surgeries and hormones. But I can’t conceive of how my current male body is a result of biology being socially-constructed or a mistake not worthy of my attention.

For the first 30 some years of my life, I had mostly (I assume) a  traditionally female body. Without a definitive sex test, I can’t know for sure. But I did menstruate, have chocolate cravings, get mocked because of my butch gender presentation. All that is gone. The disposition of my body to put fat on my hips is gone, too. The fat now goes to the stomach, just like a guy.

I know that my doctor and my family and friends and I will continue to fight on behalf of me and all transsexuals and transgender people. If I am XX, that will be okay. Being XX won’t obviate how male I am in public and in private, too. Really, the people in the Trump Administration living in fear of me don’t want me in the women’s bathroom.

Maybe we transsexuals are super heroes.

XX Man! XY Woman! To the rescue. Fighting for freedom, love and the right to be left alone in the bathroom.

I drew this cartoon sometime in 2012. It appeared in an article different from this one at a another point in time.