After Transition: Shaving, or Drudgery 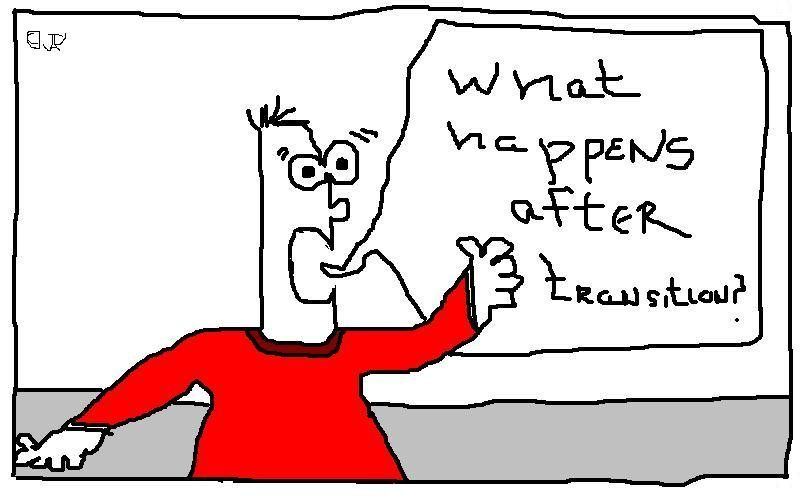 What Will Happen After Transition?

Oh, the dreams I possessed in early transition. I was going to grow a full beard! No wait, a goatee! A mustache! All facial hair seemed possible in the early days of hormones back in 1996.

Despite scouring the AOL FtM boards for information - and that’s all there was back then, AOL - I found little information about life after the hormones had settled into our bodies. I’m talking after the horniness subsides and the acne and backne becomes manageable, that life post-transition. Nobody seemed to know much, or, if they did, they weren’t talking.

So my imagination was free to think whatever I wanted. No one was there to answer questions about life after transition.

What Happens After Transition, Really?

What I’ve come to realize about myself and my transition is that transition is something of a moving target. Transitions have happened for me throughout my life as a man:

There is no end to these transitions. They keep coming at me or I step through them or something like that. What I do know is that much of what I thought would happen to my body after initiating early hormones in the mid-90s did not nor has not happened.

That lush beard I was going to grow has proven impossible. My hair is too fine, too patchy in its growth pattern and well, just too darn light. Only if you are within two feet of me will you see any facial hair. But having not been blessed with the potential for full facial hair, I still must shave. 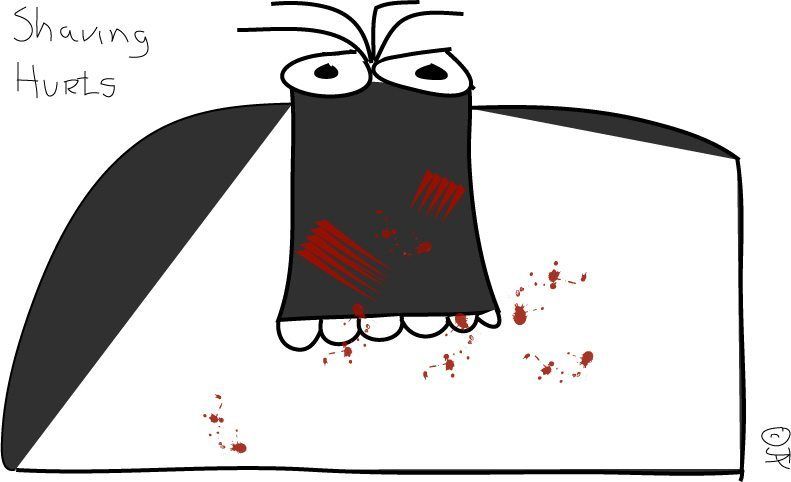 That is the one thing post-transition no FtM mentioned (again, I can write this off to the lack of interwebz access in the 19990s): how shaving becomes a drudgery. Plus, in addition to being a pain in my transsexual ass, my skin is very sensitive and I live in a post-apocalyptic snomaggedon in the winter. Dry skin? Check. Easily irritated skin? Check. Rashy skin if I shave too frequently - even in the summer? Check and check. There is also the ritual of patching up nicks with toilet paper and small band-aids, praying that the toilet paper will dry before I have to exit my home and enter the world.

I’ve managed to find a shaving cream that provides enough emollient moisturizing that I don’t hack my face into the next Jason movie, but it is very expensive. Even at 35.00 a jar, it’s still less expensive than all the cheaper crap I’ve purchased that I then must be rid of because the cream/foam/crap dries my face on contact.

What happens after transition? Well, I’ve learned that there are some very boring aspects to being a man. I ought to have realized this fact, but I had dull my perceptions on photos of GQ models and the fabulous looking gay guys I saw at the bars in Chicago. Having lived the first 32 years of my life without a compelling need to shave, doing it now can be rather dreary. I don’t do as often as I should, especially because Ms. H. LOVES my clean shaven face.

Were she not with me, I’d probably live with my patchy beard. That and the incredible stink I’ve come to understand is peculiar to metabolizing hormones on a regular basis. What happens after transition, besides that shaving is boring? Boy, can I really, really stink.