A few weeks back I asked our Homofactus Press newsletter subscribers what books they might list on an all-time greatest lgbt literature list. I also posed the question on our facebook page. We received many great suggestions. With two exceptions, no mention was made of books published before 1990. The exceptions were a Separate Peace and “anything by James Baldwin.”

I find it this curious. My age shows, I think. No mention of The Price of Salt, Beebo Brinker, A Restricted Country, anything by Edmund White nor The Well of Loneliness. And no mention of Rubyfruit Jungle. 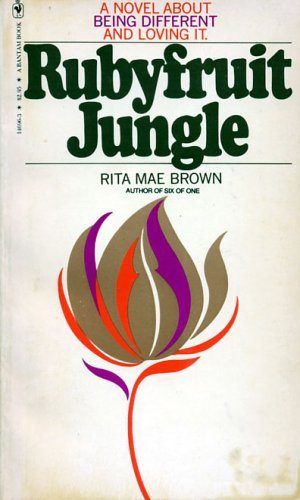 Now my age will show here. I read Rubyfruit Jungle by Rita Mae Brown in college in the early 80s, when I was coming out as a lesbian. Desperate to find depictions of lesbians I could understand and relate to (and frank depictions of sex were most welcome), I zipped through the book. Like a drowning trans man seizing a life preserver, I grabbed the book and read for dear life. What I recall most was Brown’s humor. Hers was a laugh-out-loud kind of writing.

I decided to revisit some of these old and older queer classics. Without much self-prodding, I have begun rereading Rubyfruit Jungle. May I say Ms. Rita Mae Brown was and is a talented and precise writer. Her English leaps from the page, and she has a tremendous ear for dialogue. This talent should come as no surprise to anyone who has read Rita Will: Memoir of a Literary Rabble-Rouser. “Writing fiction brought to my great love: the English language.”

Brown was a classics major as an undergraduate. She writes the English language like a surgeon cuts with a scalpel. Hers is a thoughtful, precise prose.

What strikes me now during this second reading is the picaresque nature of Rubyfruit Jungle. Our hero/ione Molly Bolt grows up poor and knows it. Molly lives by her wits and will in societies too caught up in appearances to understand her. At her core, Molly Bolt is three things: extraordinarily intelligent, adamant in her refusal to capitulate to second-class status and possessing a sharp and brave understanding of her class standing.

There Were a Fair Amount of Rich Kids at Naval Air. You Could Tell Them by Their Clothes and the Way They Talked. I Knew Enough From English Lessons by This Time to Know They Had Good Grammar. They Held Themselves Away From the Red-Neck Kids….Back in the Hollow We Were All the Same. Maybe Cheryl Spiegelglass Had a Little More, but the Gap Didn’t Seem so Wide. Here It Was a Distinct Line Drawn Between Two Camps and I Was Certain I Didn’t Want to Be on the Side With With Greasy Boys That Leered at Me and Talked Filthy. but I Had No Money. It Took Me All of Seventh Grade to Figure Out How I Would Take Care of Myself in This New Situation, but I Did Figure It Out. (P. 60)

Bolt concludes she must do several things to move away from her class background. Make good grades so she can obtain scholarships to college, buy better quality clothes, become the funniest person in school and stop talking using bad grammar. “I also had to stop talking the way we talked at home. I could think bad grammar all I wanted, but I learned rapidly not to speak it.” (pg. 61) 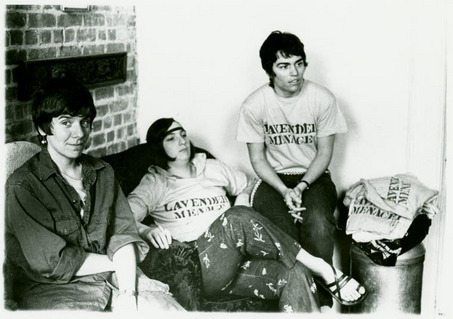 I said to Ms. H. rarely have I read such a bold and pure statement about class differences in American literature. Faulkner wrote about poor people but he did so from his class, which was upper class. Molly begins to understand how the system - this corrupt world she navigates - works against her class upbringing. She will later learn how it works against her sexuality. Brown makes a very clear statement that class is alive and well in America; that there are rules that can be learned and that one of the primary ways class is taught and practiced is through language; and children can grasp the system and how it works.

Indeed, Brown’s sentences shift from bad grammar to good grammar from this point forward. A quick google review of Rubyfruit Jungle suggests critics may have missed her class analysis and fail to figure Molly Bolt’s class jestering in their reviews. Molly remains unabashedly devoted to her family roots. But she games the system by manipulating class conventions in funny and refreshing ways.∗

Up next Gratitude: Not Being Able to Write I have started and stopped three different blog entries today. Each one I stopped, disgusted with myself that I could not find the words to complete 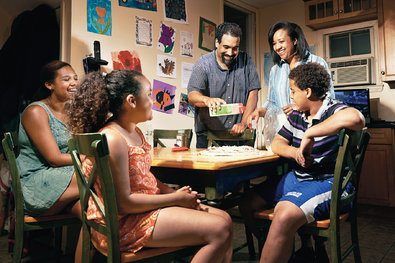 Masculinity and the Feminism of Simplicty, Part One
Latest posts Voices in Time: Sylvia Rivera On Writing Distractions: FakeFriends Do the Work Before the Work Does You In On Being a Bad Writer Location Less Writing Unbearable Whiteness of Being Winging It Works?!? Gender Confirming Gender Getting Nothing for That Deal Who Should STFU? On Regret Body Words From the Past Curated Reading in Progressive Art & Culture ∙ No. 3 The Dildo Dilemma Curated Reading in Progressive Art & Culture • No. 2 Curated Reading in Progressive Art & Culture • No. 1 Just Red Vintage Ypsilanti Reflections Incense Hot Cross Buns on the Way Steampunk Spaceship Breckenridge Untitled Dvision Distortion On Transsexual Metaphors At the Continental Club Voices in Time: Sylvia Rivera Quote: Language Clouds with Power Tower How to Write 1.2 Million Words a Year Caveat Scriptor: Let the Writer Beware