Limits and Having a Thing for the Blue Suit

Having a Thing for the Blue Suit

I have been obsessed with men’s clothing for as long as I can remember. The snazzy men’s clothing in the now defunct Montgomery Ward’s catalogues made my heart race. I recently purchased a catalogue from 1968. What with the DACRON(™) and other types of manufactured textiles combined with the horrible art direction, I should have left those memories in their nostalgic (for what, you might legitimately ask) memory holes.

My obsession has caused me to buy thousands upon thousands of dollars worth of clothing over the last twenty or so years. It doesn’t help that my body shape and muscle and fat distribution seemingly change faster than Michigan weather; but really, I could have held on to some things and put them in a pile for the months when I was thinner/heavier/skinnier/fatter. I did not, however, do this. While I believe I’ve pared my wardrobe down to something resembling reasonable, I have been, nonetheless, revisiting it as the weather changes from warm to cool.

I realized the other day I spend a tremendous amount of time thinking about what I will wear. This is a peculiar kind of fever, and it never occured to me start a blog about my obsession. Apparently I’ve lost my window of opportunity in which to make large sums of money taking selfies in my outfits posted with the hashtag dressedbytheinternet.

It all just seems to much. And so does dressing, particularly in the fall, when birds depart and squirrels bury their treasured cache, and soon the deciduous trees will be tall and stark, shorn of all their leaves. Much of my current wardrobe doesn’t fit. Last year I tweaked my hormone dosage and expanded outward rather like a balloon slowly being filled with air. I’m overwhelmed as to what to do next. I don’t have the energy for a complete new wardrobe nor the desire to lower my sartorial standards. 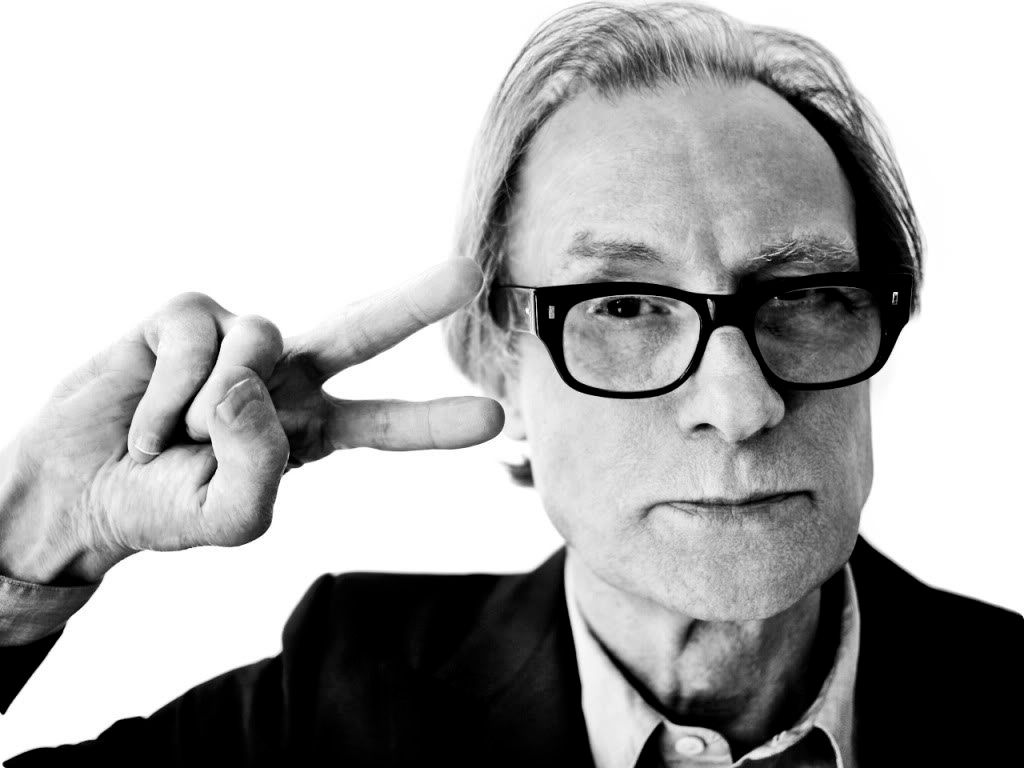 A British actor who came to our attention here on the other side of the pond in the film Love, Actually, Bill has an unabashed love of the lounge suit, and for him, all his suits are blue. So are his shirts, and, if what he wore during the filming of Page Eight offers any hints, his overcoats are blue, as well.

The documentary The September Issue showcases Anna Wintour and Grace Coddington in all their intelligent, splendid glory. While Grace’s style grows ever more eccentric - in that fine British tradition which we Americans can never emulate; we care too much what others think about us to ever be eccentric - Anna Wintour remains flawless in dress and haughtiness.

Some time ago, Wintour, like Audrey Hepburn and Cary Grant before her, knows what looks good on her body and wears it. All the time.

There is a certain kind of moxie required in no longer pursuing every fashion whim, confident in the knowledge that what one wears looks fantastic. All the time. Anna, Audrey, Cary, and others like Miles Davis, and Bill Nighy, are alpha dogs in their single-minded pursuit of thumbing their noses at fashion, preferring instead, to don a timeless, elegant style suited to their body types.

So perhaps my September issue is that I don’t have the ovaries (and I don’t by the way, not for some years now) to pursue my personal style with such single minded determination. Better to wallow in the sense of self-loathing the advertfashionistas generate within us by telling us what we are wearing is horrid while simultaneously telling us what we should be buying instead. Most of us aren’t alpha dogs. We’re not even beta dogs. We are just bad dogs buying without thought then wondering why our bank accounts and hearts are depleted and overdrawn.

Limits fascinate me. I seem to have none. If one of anything is good, ten thousand must be better. Throughout my life, I’ve toyed with swings from the monastic to the profligate. In high school, I toyed with joining R.O.T.C. until my mother sat me down and told me I would be required to follow orders - no matter what! - or face jail. Like her, we both have suspicious relationships with authority. Her advice me from years of resentment and has also forced me to find limits for myself. Internally directed limits present never ending difficulties. Unlike Ms. H., who has an iron-clad will she developed under the able direction of her parents, as soon as I set a limit, I am honor-bound to reset it.

Hence my interest in Bill Nighy. A blue suit everyday of the week? A blue tie for more formal affairs? Jeans for less formal days?

Hallelujah! I have seen the light.

Philosopher Patrick Rhone describes final choices as those purchases that once made, will never have to be made again. With proper care and little weight gain, a well-made suit can last twenty years or more. Shoes, even longer. The investment we make in determining what each of deems a final choice is well worth the up front investment. We not only receive dividends on the backend, we are also doing a morally good thing.

For me, such final choices are huge wins because the less choice I have to make and because I am well satisfied with what I have, the happier I am. I believe that want, desire, longing and need are at the root of suffering. I also believe that such things, while part of the human condition, can be alleviated. One of the ways to alleviate these is to put long thought and consideration into the things that matter to you and making the one choice you will be satisfied with and never have to want for that item again. 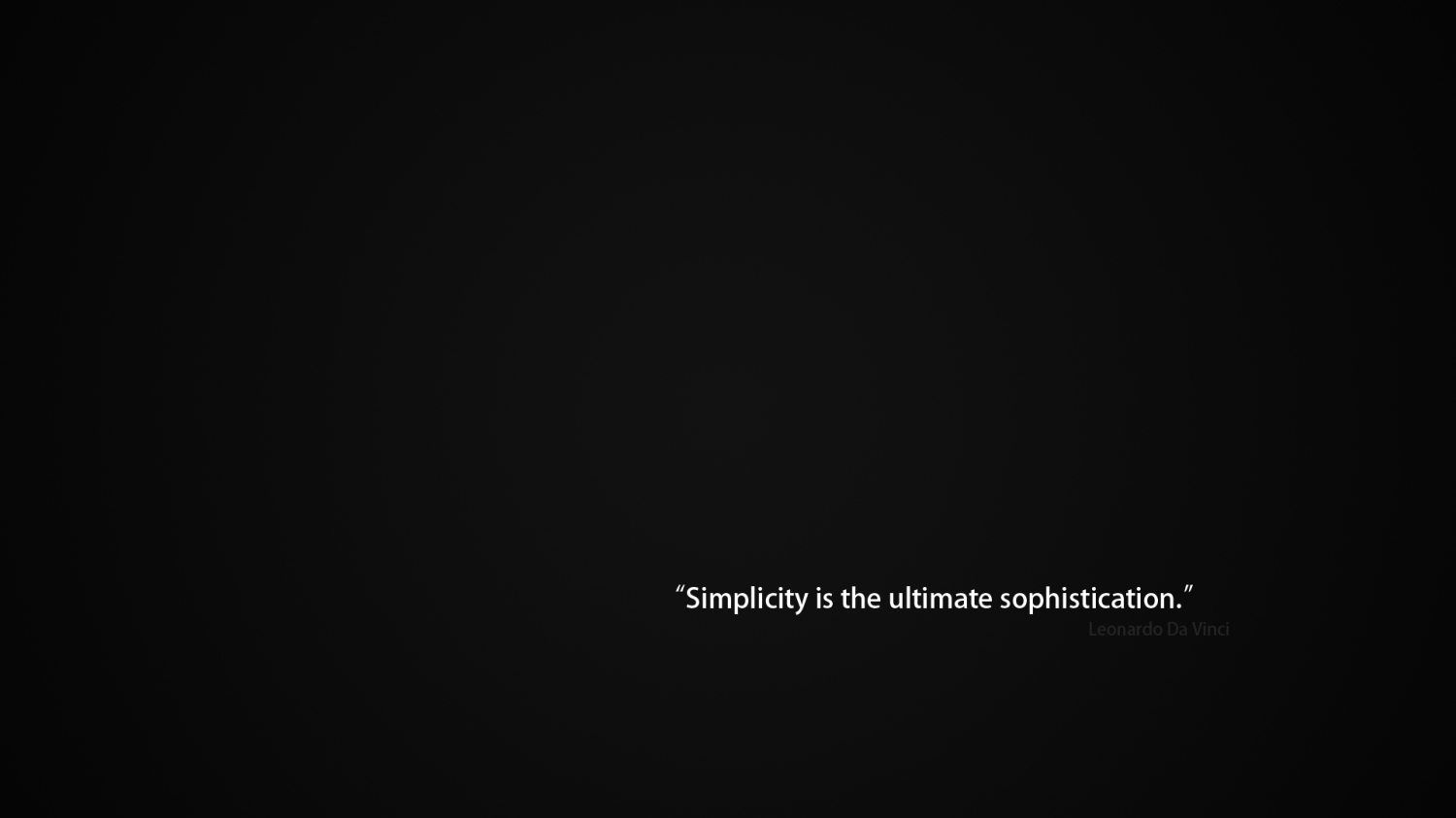 My Mind Needs a Purge

I see how to the paralysis of choice slays me. Everything possible thing I could buy requires my attention. My mind becomes more and more clogged with the possibilities.

A blue suit every day makes decision making easy. The other evening I perused a catalogue and found a few items I could have purchased. About two minutes into weighing the benefits of a particular choice, a voice said, “but we’re not doing this anymore.”

Free your mind and the rest will follow.∗