InTouch Magazine Is OutofTouch, and so Are We

InTouch magazine found Bruce Jenner’s gender presentation terrifying enough they had to photoshop lipstick and a scarf on his face. (I use the pronoun he because I have not read anything directly from him asking otherwise). People excoriated InTouch and defended Jenner’s right to come out when and how he wants to.

Fascinating to see how everyone, even Jenner’s supporters, assume Jenner will end up in the box marked “woman.” At work here is the belief that changing genders is a journey with the destination being a person’s preferred gender, the final stop.

What if Jenner finds ecstatic happiness right now exactly as he is? What we will do then? Media pundits and more than a few people outside trans communities do not like people who are bigendered or nongendered or multigendered.

Just pick one! says InTouch. Oh he will, say his defenders, in his own time.

What will we do with ourselves if Bruce has already chosen? 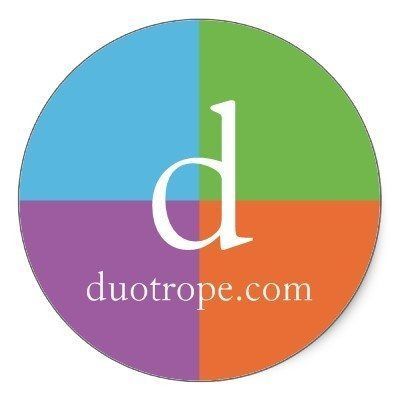 Duotrope for Better Writing Management Are You a Book Marker? After delaying for a very long time, I began reading Lydia Davis’ translation of Proust’s Swann’s Way (In Search of Lost Time) and with my trusty
Latest posts Voices in Time: Sylvia Rivera On Writing Distractions: FakeFriends Do the Work Before the Work Does You In On Being a Bad Writer Location Less Writing Unbearable Whiteness of Being Winging It Works?!? Gender Confirming Gender Getting Nothing for That Deal Who Should STFU? On Regret Body Words From the Past Curated Reading in Progressive Art & Culture ∙ No. 3 The Dildo Dilemma Curated Reading in Progressive Art & Culture • No. 2 Curated Reading in Progressive Art & Culture • No. 1 Just Red Vintage Ypsilanti Reflections Incense Hot Cross Buns on the Way Steampunk Spaceship Breckenridge Untitled Dvision Distortion On Transsexual Metaphors At the Continental Club Voices in Time: Sylvia Rivera Quote: Language Clouds with Power Tower How to Write 1.2 Million Words a Year Caveat Scriptor: Let the Writer Beware