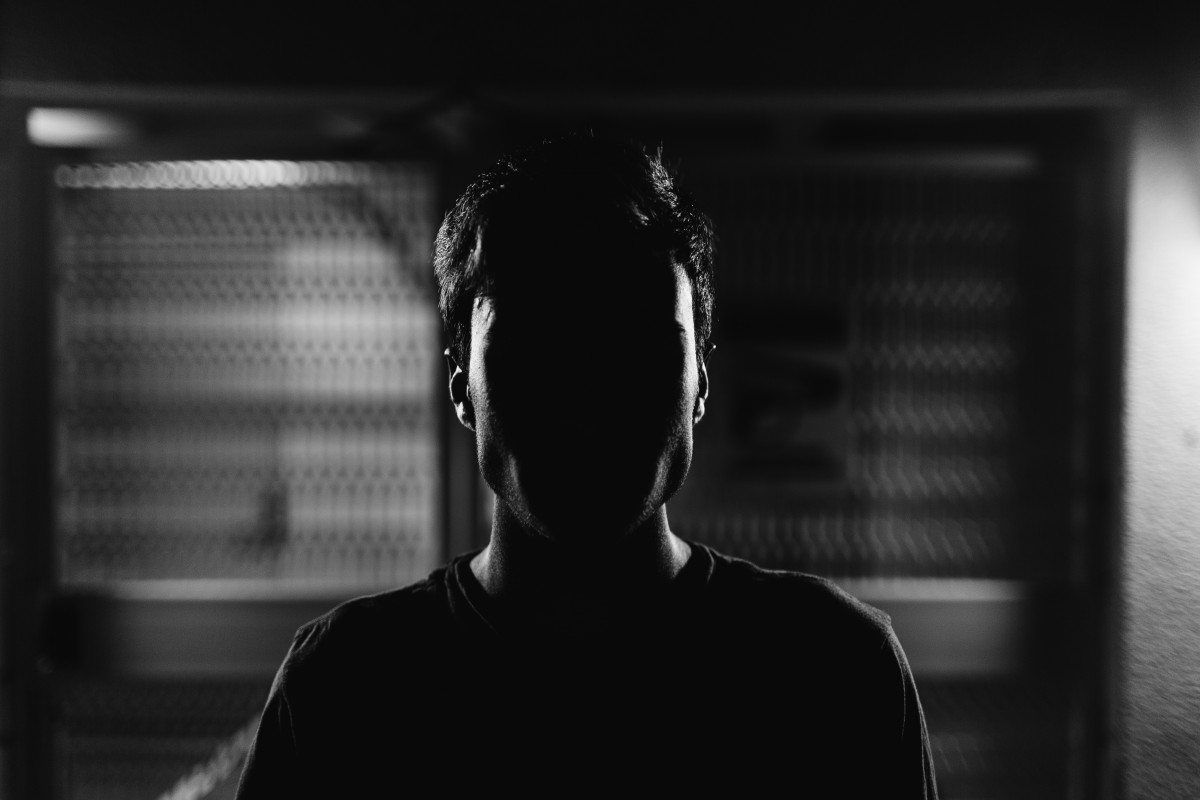 October, 1971 John Berderka discharged two no. 4 bullets into David Allen Sennett’s neck and shoulder, murdering him almost instantly. When I said I was coming out of stealth mode, did you expect me to reveal my past as a woman? Tell you I’ve not always lived as a man? Disclose I have a complicated body? I’m sorry not sorry to disappoint you. The secret I carry can’t be found in my initially female genitalia nor in the scars under my chest or the birth certificate I changed from F to M in 2004; but in the shattered bone fragments of my grandfather’s skull spattered around his still running car. He slid into the Chevrolet to attend to a birth and as he turned over the engine the man who swore he would get even for his estranged wife’s social visits with my grandfather fired his shotgun at my grandfather’s jaw and neck. My mother requested a closed casket at the funeral.

The secret I want to share with you today carries no salacious undertones or overtones, imports no agendas about my attempts to deceive or mislead you, lifts no blanket off a body that is really just female, if I could only just admit it. No. What I want to disclose is that my grandfather was murdered. What I want to share is that I am a survivor of intimate terrorism. What I want to leak is that on some days being a transsexual is the least complicated thing about me. I can explain my genitalia. But my grandfather’s murder? I’d rather discuss my private parts as publicly as possible.

Publicly we treat murder like a common thief, worthy of attention only when the scale of the pilfering or violence exceeds our expectations. Think Bernie Madoff or Adam Lanza. Many people must be affected before the publicity machine churns into overdrive. But let one lone macho man - preferably a former sports star or ex-military man - change his gender and the publicity machine churns into overdrive. Family members left to live in the aftermath of unspeakable violation receive little attention from the media, and family members of perpetrators even less. We act as though murder doesn’t exist; we act as though changing genders the far more compelling behavior than murder or surviving murder or what ever it is I’ve lived through; we act as though not talking about murder will protect us from it. But you want to know about my secrets. My secrets are many. I am ashamed that my grandfather is, and thus I am, a victim of domestic violence. The man who murdered my grandfather had vowed to murder his wife, my grandfather’s girlfriend. He skulked around her apartment building waiting. When my grandfather left to drive to the hospital, he changed his mind and killed my grandfather instead. I hate this man and would gladly throttle him myself, or better yet, crush his skull with a baseball bat. I wish to make him suffer, and greatly. In the middle-class language of my peers, this makes me a not-very-nice person. Entre nous: I have no fucks to give on this point. I laugh at people who seem bewildered or shocked about violence in the world. Really, I want to say. How stupidly naive are you to evil in the world. Men - and it’s always mostly men, isn’t it - murder and pillage, for nationalist reasons and familial ones, yes, but because of insecurity, rage and because they can. Wanting to slaughter this now senile old man makes me part of the problem.  I can’t seem to be part of the solution, unless that includes his death. Another secret: my transsexuality, talking about it, sharing it, especially to nontrans/cisgendered people bores me. I know my transsexual body makes me the most interesting man in the room, to you. For me it is now like dandelions in the spring. Common and everyday. I can never seem to find the words to discuss my grandfather’s murder. It’s as though the surfeit of words required of my transsexuality creates an equal lack of words about his murder, even though I can discuss easily murdering the murder. But the hole, the void, the absence, the thing that happened to me and my brother and my mother and to my grandfather’s community and to the murderer’s son and daughter and estranged wife, that keeps happening, at least for me. Of this, what can I say? The act creates a black hole like the one the physicist’s describe. The force of its pull sucks in all matter and light at its edge. Get too close and I’ll disappear. This is another secret I harbor: in my silence I collude with the murderer. But here, let’s talk about my genitalia or how duped you think my wife is. We both want to. You, because you love salacious, voyeuristic gossip, and me, to avoid the void. A confidence: when left to draw on my own as a child I would often sketch bloodied stick figures in black, crying red tears underneath a rifle-filled sky. 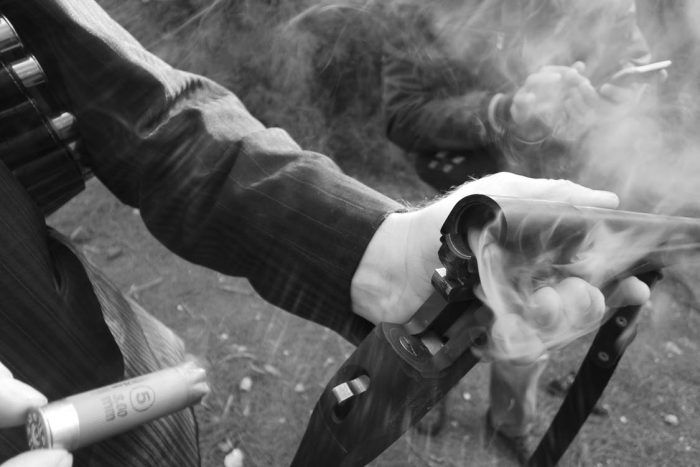 And another: I am a murderer. When we would visit the woman my grandfather loved, the one he left on the night of his murder, I would reenact my grandfather’s slaughter thinking, mistakenly, that his murder had occurred outside the house she lived in then. Pressing myself against a cliff of furrowed dirt, I waited for the opportune time to rush any car sitting in the driveway. Pow! Pow! Pow! My Mannix-style handgun sounded out its report in my head. Never once did I imagine myself as my grandfather. Kill or be killed, that’s what a murderer thinks, I guess. Kill or be killed, that’s what a child - even a transsexual child - learns in the aftermath of a family murder. Or maybe that’s how it is for men. I hadn’t realized how violent men are to other men until I began living full time as a man. In the early years the femininity I thought I had shed reappeared - or maybe, more truthfully - transformed me into a thin, gay looking white man. Hey faggot! I’m going to kill you! The menacing glare of the taut, compact white man in the work lunch room. I will rape you. I know you will, I wanted to say to him. A secret: I felt intense self-hatred at my fear towards this man. My inability to defend myself against him gave me pause and made me question my decision to transition. Another secret: now I know to fight back. How to bully men verbally, condescend towards them if they are working-class or poor. Kill or be killed. I will be the only walking away from this encounter. This disclosure reddens my face with shame. You want to hear about how becoming a man is all about privilege and getting to the top of the food chain. But do you want to hear about my grandfather? Or the child who could only transform the violence of intimate terrorism by becoming the aggressor? Or that I’ve raged in ways that have terrified people I love? Or that I think anyone who asks about my genitalia lacks imagination and dignity? I’ll show you mine, if you show me yours. If I do decide to show you mine, I need you to understand that I control that narrative; that I get to say whatever I want; that you will have to listen until I am finished. The over-verbalization of my transsexuality, and the under-verbalization of my grandfather’s murder are two sides of the coin. So be prepared to have me expose in public something far deeper and more tender than my privates: anguish, rage and grief.