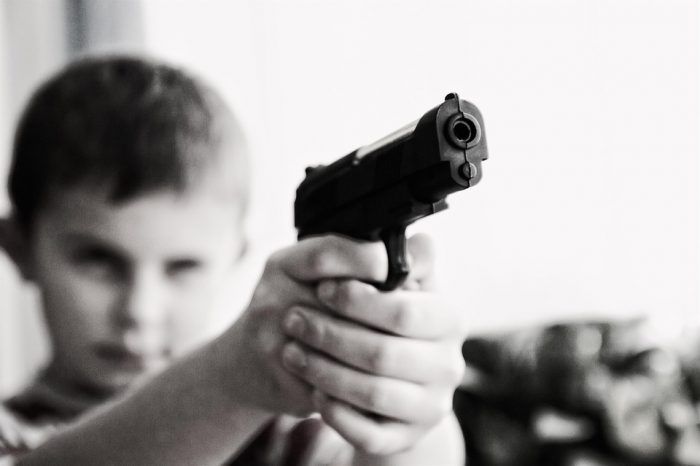 The War Children Child In my prehormone college days of Ronald Reagan and the Eurythmics, I possessed a single, simple understanding of men (but only white men, since I lacked any awareness of my whiteness and white privilege): they had the power; women had none. I walked around the world with this understanding, a belief I had little reason to change. Men just always seemed to come out on top. Even baby girls were penalized. When I lived in Hong Kong with family in the 1970s, I learned that some families in China, driven by Mao’s one-child only policy, wanted boy babies badly enough that they disposed of girl babies, so they could again attempt for a boy, without fear of reprisal from the government. I heard about this practice when I was about thirteen, a time when menstruation ended a personal myth that I could easily still be a boy — just in a girl’s body — and enhanced my gender dysphoria. At some level, part of me believed that by becoming a man I would leave all of the gender hate behind, as though misogyny were a problem only for women.

The Barrel of a Gun I

This singular understanding became challenged in small ways as I got sober. During those years, as I began exploring in a more directed manner how I might address my deeply held belief that I was a man, I met many kind and thoughtful men, some gay, some not, who lived complicated lives and shared these complexities with me.

One man I recall hailed from Alabama and loved doing drag. We were in a group discussing what is the role of a spouse for a recovering partner. The typical advice — directed at women, of course — to be quiet and give the husband time to stop blacking out, losing jobs, maybe even becoming occasionally physical violent, rankled him.

With shaking hands and a hardness in his jaw, he said, “This is just bullshit. My father drank and beat my mother every day until I got to be old enough for him to beat me after he was done with her.”

“You know when he stopped doing that,” he asked while looking a few people straight in the eye.

“He stopped doing that the day I got his .45, knocked him on his back, shoved the barrel down his throat and told him if he ever touched my mother or me again, I would kill him.”

He leaned forward in a room that was absolutely quiet.

“I can still recall his teeth chattering against that gun barrel.”

His story didn’t elicit any epiphany in me. I didn’t shoot up from chair that night and say, “Oh my gosh! You know what! Things are more complicated than thinking that men always have the power and women don’t.”

Such an admission eluded me. I didn’t even know I maintained such a simplistic understanding of gender, and had no mental framework for sussing out my assumptions.

I just knew I wanted to be a man. Perhaps the belief I describe here played a part in my mission. To deny this seems stupid. But I can’t say for certain. So strong was my sense of dysphoria in my body that notions of power-over played little premeditated role in my desperate need to change my body.

The changes, wrought by hormones, set me on a path which, over these last twenty years, has done nothing short of pulverizing my belief.

Less than two years after starting hormones, people read me as a man, which made me feel fantastic. How to be read as a straight man, though — that didn’t come to me naturally.

People often thought I was gay in those early days of my transition, which didn’t bother me at all, until the first time two white guys in a pick up truck tried to run me over in a crossing zone.

“Hey faggot! I’m gonna hunt you down and kill you!”

I shot diagonally across the parking lot and hoped the men wouldn’t see me enter my apartment. Shame and rage ran through my veins.

Why couldn’t I fight back?

Why didn’t anyone fight back for me?

Would I always have to outrun these homophobes? And what if they caught me and found out I was transgender?

After I learned how to hold my body, how to walk and talk like a straight man, theses questions faded for me. What I taught myself was how not to be a victim, or so I thought.

The Barrel of a Gun II, or an Elegy for My Grandfather

The White Ribbon project provided an intellectual framework for understanding that men violate other men, not as much as women, but often enough for men to fear other men.

For years I failed to tie that intellectual understanding not only to the homophobic violence I experienced, but to my grandfather’s murder at the hands of the husband of the woman he had been dating.

This man, like so many intimate terrorists, decided to quell his fear by pulling the trigger on a double-barreled shotgun aimed at my grandfather’s head. I was not yet seven when he blasted my grandfather’s brains out of his skull.

I can recite to you many facts of the case, find the location of his still running car on google maps or tell you about the first time I fired a gun, a 9mm Glock, gobsmacked at how fast I emptied the cartridge.

I struggle to divulge that each time I play acted the moment of my grandfather’s slaughter I murdered him, several times in fact. Not once did I sit behind the wheel of a car, play acting that today might be the day I would die, that I’m really scared of my girlfriend’s husband, that I can’t think that because I’ve got to hurry to the hospital to deliver a baby, that I do love that woman waiting for me to return from the hospital.

No. I taught myself a long time ago never to be the victim. Better to run up to the car and shoot my grandfather — kill the part of myself that is vulnerable and soft and scared — and grow up believing I am invincible (because if I act it out enough times, it must be true) simply because I am a man.

This belief doesn’t square with the possibility of being killed by homophobes. My ascent to manhood should be a direct ascent to the top with no detours, no assaults by other men.

The Transition Handbook never provided operating instructions or pithy sayings about how to navigate contradictory realities of power and violence that befalls a heterosexual man in late twentieth-century America.

And therapists, had they been less concerned with confirming their own gender and more concerned with actually helping me transition, could have helped but didn’t.

And all those men’s lifestyle blogs and websites? Completely worthless. They’ve never met an emotion that they wanted to explore.

So I’ve learned as most men do in America, by myself and through my wife, a 20-plus years domestic violence advocate.

“Are you asking me if I think you are a victim of domestic violence,” she asked, about five years ago.

“I do. I do think you are a victim of domestic violence.”

That’s why I’ve always contended that changing genders isn’t for the faint of heart. The weight of so many contradictions proves too burdensome.

Do I think men have all the power all the time?

The dismissals, condescending voice tone, the honeys and sweeties and get me some more coffee, and can’t you just take a joke, backed up by the threat or fact of assaults ranging from unwanted attention to men using their penises as weapons, live and thrive today in the early 21st century.

Some of these men have probably been victims of acts of violence at the hands of other men.

One of the consequences of surviving this type of violence should be a broader understanding of male violence by these same men, and how that violence operates in women’s lives.

But that seems to happen very little. Men always have the option of not talking about it. In fact, we’d prefer that.

What I do know is that men, damaged and broken men, men humiliated and raped by other men, continue to move through the world in mild or pronounced power displays.

Even if I’ve been humiliated by another man, at least I’m not a woman is the lie patriarchy teaches all of us, and has certainly taught me, a transsexual man.

My initial belief that men have all the power hasn’t changed as much as deepened and broadened to understand that the violence, victimization and access to power I’ve experienced are common dynamics of masculinity.