Trans publishing was the focus of the first business plan I wrote for what later became Homofactus Press. I had envisioned a publishing company focused on non-fiction and fiction books by FtMs (female-to-male transsexuals). That worked for the first three books we published (Self-Organizing Men, The Marrow’s Telling and Two Truths and a Lie). Then we published Cripple Poetics. And the trans publishing firm I imagined became something more complicated.

The publication of Cripple Poetics helped me grow up. Cripple Poetics also helped me stake a public claim to what university professors and students call intersectionality, which is a fancy way of saying the study of multiple forms of oppression. What I find most intriguing, and what I continue to focus on in my own work, is how multiple forms of oppression and privilege live within each of us as individuals. Each of us is always both oppressor and oppressed. But even saying that isn’t enough. We must illuminate how the intersectionalities exist within our communities and lives.

For example, I used to be against gender identity disorder (GID) in the DSM. I viewed such a diagnosis as incorrect, because I did not - and still do not - believe I have a mental illness. But Eli Clare reminded me that as a transsexual I need access to the medical establishment for hormones, among other things. “You will always need a diagnosis to access that,” he said. And for him, as a trans man living with cerebral palsy - a medical diagnosis - the medical establishment has not been any kinder to him with a medical diagnosis.

The fact is I did not want a diagnosis of GID. It had too many associations with other mental illnesses. My own fear of these diagnoses led me to scribe a line in the sand that said, “Well, I’m not crazy.” But perhaps I am. Regardless, I now see that as a transsexual man the system of ascribing a diagnosis so that drugs may dispensed and surgeries approved is a system that is fraught with pain and difficulty and oppression and hope for me and everyone else who needs the medical establishment to live.

Trans publishing helped me see this intersectionality, this connection with other human beings I initially thought different from myself. Perhaps trans publishing is just that universal. 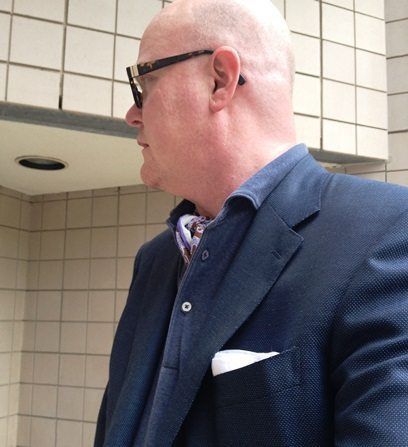 A Transsexual Man Dresses Himself Transsexual Stories: You Can’t Have a Hysterectomy! Transsexual stories are often filled with pain. I’m no different. But I’ve also participated in interactions that are touching and funny. In an
Latest posts Voices in Time: Sylvia Rivera On Writing Distractions: FakeFriends Do the Work Before the Work Does You In On Being a Bad Writer Location Less Writing Unbearable Whiteness of Being Winging It Works?!? Gender Confirming Gender Getting Nothing for That Deal Who Should STFU? On Regret Body Words From the Past Curated Reading in Progressive Art & Culture ∙ No. 3 The Dildo Dilemma Curated Reading in Progressive Art & Culture • No. 2 Curated Reading in Progressive Art & Culture • No. 1 Just Red Vintage Ypsilanti Reflections Incense Hot Cross Buns on the Way Steampunk Spaceship Breckenridge Untitled Dvision Distortion On Transsexual Metaphors At the Continental Club Voices in Time: Sylvia Rivera Quote: Language Clouds with Power Tower How to Write 1.2 Million Words a Year Caveat Scriptor: Let the Writer Beware