Writing in and Out Images

I’m working on a novel and mostly working on understanding what the heck I’ve gotten myself into. Long a nonfiction author, I had believed the shift no more challenging than moving from an essay to a book.

Fiction requirements like plot points, story arcs and character development do exist in nonfiction, I knew, so hard could it be, really? (I will wait for all the fiction writers to wipe the tears from their eyes.)

Having written screenplays in the past I understand plotting fairly well and loving mysteries and thrillers as I do makes plotting easier, for me at least.

The biggest bugaboo has been character development.

Then, as if the Muse and her minions took pity on me, I read within two days Blake Snyder’s “Save the Cat” and a series of blog posts on the In and Out by Steven Pressfield.

Here is Pressfield, in his first post, What’s The In? What’s The Out?:

In the movie biz, there’s a question that studios and development companies often put to any screenplay they’re evaluating:

What they mean is, “What is this script’s opening image and closing image? Do the two work together? Are they cohesive? Are they on-theme? Are they are far apart emotionally as possible?”

Here is a rule, if you will:

The first rule of Ins and Outs Club is

The Opening and Closing Images of our story should look as alike as reasonably possible.

The second rule of Ins and Outs Club is

At the same time, the Out should be as far away as we can make it, in emotional and narrative terms, from the In.

Pressfield uses the movie Shane as an example of the perfect Hollywood In and Out: 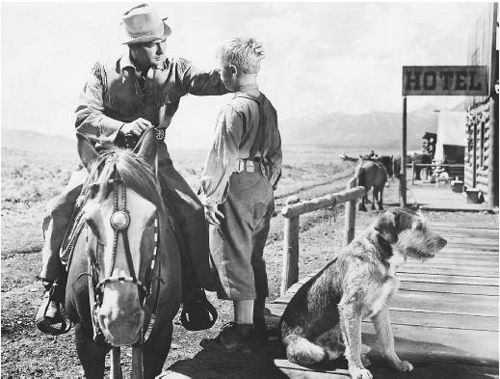 Last week we cited the opening and closing images from the 1953 Western Shane.

In the In, our hero, the gunfighter Shane (Alan Ladd), enters the Valley carrying aspirations for a better life. He hopes that in this new place he will be able to hang up his six-shooter and start afresh, be a normal person, maybe even find a wife and raise a family.

In the Out, Shane departs the valley by exactly the same route he entered. Only now he knows that that dream will not come true for him—not now, not ever.

In other words, this is exactly how an In and an Out should work.

The closing image resonates powerfully with the opening image—they are bookends really—but in emotional and narrative terms they are as far apart as they can possibly be.

Pressfield’s explanation of the In/Out images has transformed everything for me. I’ve reread this last line about a dozen times over the last two weeks. At some point both the In and Out images of my novel materialized in my head.

Every question I’ve had and struggled with regarding my main character’s development fell into place once I had the novel’s in and out images.

Fiction doesn’t come naturally to me. I’ve never been a voracious reader. Don’t get me wrong, I love to read. But I think of myself as the world’s slowest reader.

To have this suggestion at the ready has made all the difference for me. I feel like I’ve just got my ticket punched and I’m now sitting in the third-class car of the great train of fiction.

I’m happy to finally be aboard.